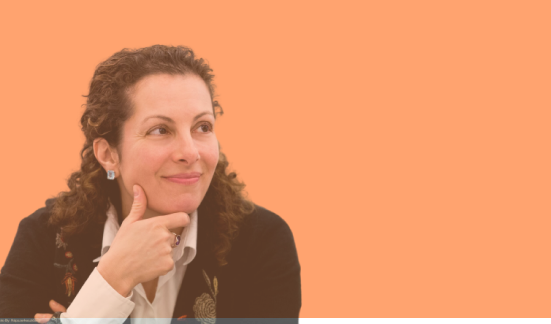 “A lawyer by training and a techie by inclination.” That’s how TED describes Professor Beth Simone Noveck.

And to be fair, “techie” is a decent attempt at an appropriate description for the multi-faceted and multi-talented Noveck. As director of the Governance Lab (The GovLab), professor in Technology, Culture, and Society at New York University’s Tandon School of Engineering, and the chair of CitizenLab’s very own board — among many other things — Beth dons many different hats, a quality that makes her hard to label.

She served in the White House as the first Deputy Chief Technology Officer under President Obama, wrote no less than three books on tech and governance with another one on the way, and made multiple prestigious top lists, such as Apolitical‘s World’s 100 Most Influential People in Digital Government 2019.

In her work, Noveck focuses mainly on the intersection of tech and governance and the relationships between citizens and their governments. It’s safe to say that she makes the perfect addition to ‘Pioneers’, a series that shines a light on key people from the realm of digital democracy. (Missed the first ones? Read the profiles of Pioneers Audrey Tang and Nanjira Sambuli).

“Given the unprecedented crisis that elected governments face, we need tools to tap into collective intelligence and crowdsource innovative solutions at the local level. This solution will also help local governments recreate trust and overcome the decrease in trust we have seen in recent years.”

In 2012, Beth Noveck co-founded GovLab, an action research centre that aims to “improve people’s lives by changing the way we govern.” This is done by strengthening institutions and inspiring them to “work more openly, collaboratively, effectively and legitimately to make better decisions and solve public problems.” At the heart of the matter lies the availability of data, new developments in technology and science, and new ways to leverage the intelligence and expertise of people in problem-solving roles.

“Think about it: What other business do you know, what other sector of the economy, and especially one as big as the public sector, that doesn’t seek to reinvent its business model on a regular basis?” asks Noveck in her TED Talk (see below). “Sure, we invest plenty in innovation. We invest in broadband and science education and science grants, but we invest far too little in reinventing and redesigning the institutions that we have.”

At the GovLab, Noveck works on setting up better governance programmes through a focus on, among other things, public engagement and lawmaking (CrowdLaw) and co-creation between cities and citizens (City Challenges). She also coaches public problem solvers or what she likes to call “public entrepreneurs” to take their public interest ideas from idea to implementation.

When it comes to tech innovation in government, Beth likes to get her hands dirty. She has been building civic technology for a long time, including an early citizen participation platform called Unchat in 1999.

Back in 2009, she became the (first!) Deputy Chief Technology Officer and director of the White House Open Government Initiative under President Obama. When she got there, “the White House was anything but open. Bomb blast curtains covered my windows. We were running Windows 2000. Social media were blocked at the firewall. We didn’t have a blog, let alone a dozen Twitter accounts like we have today.”

As the head of Open Government, Noveck had a mission: “to take the values and the practices of transparency, participation and collaboration, and instill them into the way that we work, to open up government, to work with people.”

As the question of technological innovation in governments has recently dominated the debate due to the COVID-19 crisis, Beth Noveck has been vocal (on Twitter, for example) about the need for remote voting, democratic continuity and collective data.

As the intersection between tech and governance will continue to grow more important, so will Beth Noveck’s work. For that and many other reasons, we’re honoured to welcome her at CitizenLab as our brand new board member! Beth Noveck took on the voluntary position as chair of our Board of Directors, and we’re delighted to have her advising CitizenLab.