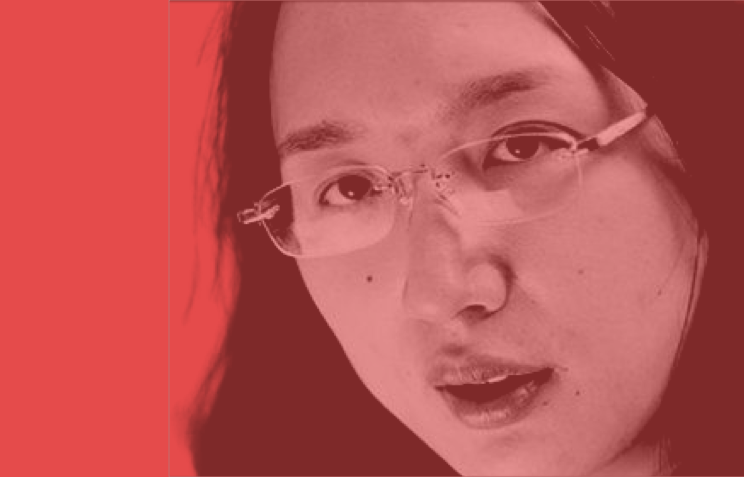 Born in 1981 in Taiwan, Audrey Tang has made waves as a software programmer and civic hacker-turned-Digital Minister.

She’s young, transgender, a self-proclaimed anarchist, and often described as one of the “ten greats of Taiwanese computing personalities.” As the current Digital Minister of Taiwan, she ended up joining the government she started out challenging. But only because they backed her up, first. She’s the perfect first candidate for our first edition of Pioneers. This series shines a light on key people from the realm of digital democracy.

How it all started

In the spring of 2014, Taiwan was rocked by a wave of protest. Hundreds of young activists, many of them students, occupied Taiwan’s legislature. They did so to protest not only a new trade pact with Beijing, but also to voice their concern about the non-transparent ratification process of this new deal. The Sunflower Movement, named after the revolution’s preferred symbol of hope, demanded more transparency and accountability from its government.

It took the government three weeks to respond to the occupation, which had drawn wide-spread support across Taiwan. They responded with a promise for greater legislative oversight over the trade deal. But the harm had been done, and the trust between the people and their government had been seriously damaged.

By the time The Sunflower movement erupted, g0v (“gov-zero”), a collective of independent software hackers including Audrey Tang, had already started fighting for the same cause. With open-source tools that were built to “independently redesign existing government processes and services and enable citizens to see how the state operates,” they unveiled government information and offered it to the public.

Looking for a way to rekindle a sense of trust between citizens and the government after the Sunflower protests, then-Digital Minister Jaclyn Tsai attended one of g0v’s hackathons. She was thoroughly impressed. She swiftly came up with a collaboration plan, proposing the launch of a neutral citizen platform and appointing Audrey Tang as her right hand. “Civic hackers are often producing work that threatens the existing institutional structures. In Taiwan, the institutions have always taken a “we can’t beat them, so we must join them” approach, which is a rare occurrence in Asian jurisdictions. That is, ultimately, why I remain in Taiwan.”, says Audrey tang about this unexpected collaboration.

The platform in question, virtual Taiwan or , would offer citizens the possibility to share ideas and opinions about policies, and aimed to “‘fork’ the government and push for (…) citizen participation and collective decision-making”.

“In Taiwan, the institutions have always taken a “we can’t beat them, so we must join them” approach, which is a rare occurrence in Asian jurisdictions.”

After the elections in 2016, the need arose for the perfect candidate to lead a highly ambitious ‘Asia Silicon Valley’ project that would boost the Taiwanese economy. Tang was asked to help position the plan, and did this so convincedly that she was tasked with “finding a minister without portfolio to discuss policy issues with citizens.” The best candidate would soon turn out to be Tang herself. But she insisted on “crowdsourcing opinion, so all decisions could be made collectively.”

In a nutshell, that’s how Audrey Tang became the Digital Minister of Taiwan without a portfolio. And not only that: she’s also the youngest minister and the first-ever trans official in the Taiwanese cabinet.

How can governments innovate?

Her work with g0v has offered Tang unique insights into the relationship between governments and innovators, and the ways they can cooperate. According to Tang, governments have to keep two things in mind in order to be able to truly innovate. Firstly, and this might sound like a contradiction: it’s not necessary to reinvent the wheel for the millionth time. It’s normal and even recommended to look at what other governments are doing, and what can be learned from their process. “For governments to truly innovate, they have to realize that many tools and mechanisms have already been tried by other governments. The problem is not that there are not enough options, but that there’s no horizontal transfer of knowledge and expertise,” says Tang. Secondly, governments should remember to show flexibility with regard to rules and regulations. “It’s impossible to make innovation happen if the innovator is then punished for breaking old laws or regulations. They should be encouraged to break regulations, on two conditions: they should propose alternative regulations during a one-year trial, and should open up all the data.”

“In my office, we abide by three main principles: saving time, reducing risk, and improving trust. We never trade one for the other two. First, we say: do no harm. Then we can improve one of the three in a piecemeal fashion.

Tang is a multi-layered trailblazer who continuously writes history in multiple categories, from women in tech over the trans community to the future of digital governance. Through her work with g0v, she helped to achieve a new level of transparency in a government that was facing scrutiny for its lack of accountability. This transparency was achieved through the implementation of open-source tools and continuous citizen participation efforts.

Besides that, she keeps striving for a societal shift that includes a greater sense of connection between all living beings. “A few years ago, people talked about digital transformation in economically linear language, which made the Internet of Things a buzzword. I personally believe more the Internet of Beings. Rivers, mountains, animals, people without a vote or voice, are all connected and are all suffering from the externalities of the human democratic process. With the Internet of Beings, we can bring things like air quality and the pollution of our rivers into the political discussion.”

More on this topic…