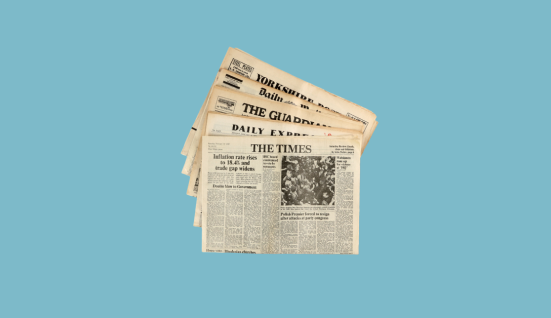 What’s new in the realm of Civic Tech and digital democracy?

Every month, we curate a list of must-read articles and thought-pieces that help us make sense of current times. November wasn’t only marked by a second wave of COVID-19 and several local European lockdowns, there was also a nerve-racking US presidential election that continues to keep the world on its toes.

And it shows in this list, because we’ll be diving deeper into Biden’s future tech legislations, the restoration of government legitimacy in the US, and Taiwan’s A+ COVID-strategy. But we’re taking a look at the future, too: how can we define ‘good’ innovation, and how can citizen participation benefit the climate? Let’s find out!

1. “Biden Is Expected to Keep Scrutiny of Tech Front and Center“, the New York Times

With Biden as the brand-new president-elect, the US might be facing significant legislative changes in the upcoming years. But it looks like internet policy and tech regulation won’t change much from what it was under the Trump administration.

While tech companies pretty much had free reign under Obama, the Trump administration has worked hard to restrain their power. Now that Biden reclaims his spot in the White House, he’s not likely to return to Obama’s lenient ways. The times have changed, and topics like privacy and regulation of tech giants have gained importance and urgency in an increasingly digital society. “Mr. Biden is expected to take on the Silicon Valley giants on misinformation, privacy and antitrust, in a sharp departure from the policies pursued while he was vice president under Mr. Obama.“

A must-read for tech lovers, tech users, and anyone else who’s curious about the new wind in the White House.

Whether we like it or not: eight months or into the pandemic, it doesn’t look like COVID-19 is going anywhere soon. Parts of Europe are in lockdown for the second time this year, and cases in the US continue to spike. And then… there’s Taiwan.

Despite never having had a lockdown phase, Taiwan counts only seven covid-related deaths since the start of the pandemic. The country has been virus-free for months. So what can we learn from them? This article explores the factors that have played a part in Taiwan’s success, such as trust in the government, experience with the SARS-epidemic in 2003, and an “ethos of open data and open government.”

A must-read for governments wondering about the way forward.

3. “The Foundation of America’s Legitimacy in the Eyes of its Citizens“, the Centre for Public Impact

It’s not news that citizens’ trust in their governments has been on the decline for years. It’s an international phenomenon, but it’s felt particularly strongly in the United States, where “a growing perception among both parties that opposing partisans are an illegitimate authority” has set the stage for a polarising election.

The Centre of Public Impact has therefore launched a new study that explores the various reasons for that mistrust, but also how the government’s legitimacy can be restored in the eyes of the American citizens. While this study was conducted before the rise of COVID-19 in the United States, it still offers valuable insights into building the necessary bridges and moving forward as, well, united states.

A must-read for citizens and administrations across the globe.

‘Innovation’ is a buzzword that is often over-used and over-promised. But as Ravi Gurumurthy, the author of this piece, claims: “with the country engulfed by major challenges on several fronts, ‘good’ innovation has never been more necessary.” A statement that rings true, but that also begs us to consider: what qualifies as ‘good innovation’?

According to Gurumurthy, there are 4 tests to guide your thinking about innovation, or rather, 4 questions you can ask yourself to decide how innovation ranks:

A must-read for everyone who’s helping out to shape the new normal.

We already know that citizen participation can play a significant role in climate initiatives. Madrid, Amsterdam, and Milan are three European cities that are putting the theory into practice.

Madrid has been engaging its citizens on its online platform, Decide Madrid since 2015, focusing mainly on urban planning and regeneration and reducing rush-hour traffic. Amsterdam has pledged to work on its carbon neutrality, and its inhabitants are at the forefront of this transition, “taking the initiative to renovate their own homes and cooperating to form local energy cooperatives.” In Milan, the city is tackling air pollution with a community app, which “aims to demonstrate how to transform Milan into a sustainable, climate-resilient city, by catalysing change one district at a time.”

A must-read for everyone who wants to involve residents in climate-friendly initiatives.