We’re proud to announce that surveys are now an integral part of the CitizenLab platform. On popular request from the cities using CitizenLab, we’ve added them as a first-class feature in our system. City governments can launch surveys and polls within the platform. As with any powerful feature, to extract the value, one needs to use it wisely. So what’s a wise way of using surveys in the context of participation? Here’s what we think. Many regard surveys as taking baby steps towards real open participation. Although lacking in citizen empowerment, collaboration and involvement, surveys effectively succeed in informing and consulting according to the IAP2 Spectrum of public participation. Indeed, surveys are limited in their participation power because the dialogue between the individual citizen and the city is effectively one-to-one, and arguably in one direction. The impact of the outcome of the survey is often unclear or intangible to the citizen.

Undeniably, surveys are an indispensable tool to acquire (quantitative) information, when the scope of what’s to be learned is sufficiently narrow. Given the correct channels to reach the citizens, online surveys can be run with minimal effort. They really shine when quantitative results are desirable.

CitizenLab is an online platform to facilitate online citizen participation for city governments, helping them make smarter decisions. Citizens can fully engage in open discussions with each other and with their city government. Recently, we launched our new campaign based approach, where city governments can more easily manage multiple running participation campaigns or projects on the same integrated platform.

For city governments, it is important to clearly define the scope of running participation campaigns towards the citizens. Citizens need to know the limitations of what they can suggest, clearly defining budget, thematic and time constraints. This has multiple benefits:

However, defining these participation constraints is a challenge on its own. If the city government uses a top-down approach by specifying them unilaterally, the whole process loses a lot of its participative nature. Full collaborative participation processes on defining the project scope also has it caveats. The discussions concerning the available budgets are rather technical and constrained by policies. Sufficiently informing the citizen can be difficult, especially in an online context. The responsibilities and domains the city or the city departments have the authority to act upon can also be unclear to the citizen. It’s useless to let citizens debate about bike paths when road infrastructure is not a responsibility at the city level, for example.

Surveys can be a great compromise in this case. On the one hand they spare the citizens the difficult and technical exercise of defining the participation scope directly. On the other hand they still allow governments to use (quantitative) citizen feedback to make an informed decision on locking the scope.

Feedback on the end result

Another great way to use surveys, is to use it to capture the general satisfaction of a final solution, such as an urban plan or a master plan. In many participatory trajectories, cities and citizens co-create an end deliverable in the form of such a plan. Yet, once the master plan has been crafted by a specialised agency, you want to close the feedback loop and let the citizens know about this. That’s when a survey is the mechanism you need to measure the general satisfaction about the end solution they have been contributing to.

On the CitizenLab platform, a participation campaign or project exhibits a timeline with multiple phases. For every phase, the city government can specify the way the citizen can interact. Can citizens add proposals and ideas? Can they vote on proposals? Is there an open discussion on proposals from others? How can they vote?

We’re introducing the survey as one of the possible ways of interacting in a phase within a participation project. The city government is free to choose the role they want the survey to perform. But as discussed before, we suggest the application in the earliest or latest phases of the project.

There are a lot of good survey tools available, so we didn’t want to invent yet another one. We offer integration with excellent existing survey tools, seamlessly embedding their surveys within our platform. The powerful and deep analytic possibilities are available straight from their dashboards. 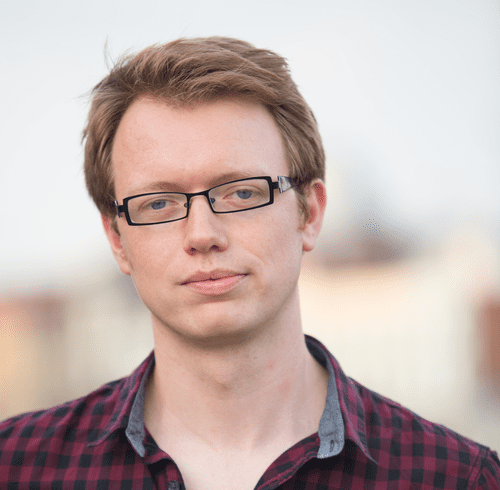 Co-Founder of CitizenLab. Koen is a full-stack web developer with over five years of experience in building scalable web solutions. He graduated from the Vrije Universiteit Brussel in both Computer Sciences and Management.

Citizen participation is much easier with CitizenLab latest version