The 21th Century and the Information Age have changed our lives. We are now more connected than ever before. People sharing the same ideas but living worlds apart can suddenly be in touch. We can now raise our voices without the burdens of institutional affiliations such as political parties.

Society has changed, but mainstream political culture is staying behind. Because the style of large-scale politics is out of touch with the way in which we communicate, it has grown more distant than ever. Although our political institutional setting is rapidly making innovations at the local level, it still largely relies on elections for its contact with citizens at the regional, national and European level. Although representative democracy remains necessary, citizens have been given a means of voicing concerns between elections. Not tapping into these evolutions not only means missing out on its opportunities. It also leaves us unequipped to deal with the new risks it brings: fake news, disinformation, echo chambers and surveillance. The information train is running, whether we step on it or not. Our democracies should ride with it.

But the solution is within reach: bring digital participation into the halls of our Parliaments. This might seem as radical change, which it might be for our political culture, but it is rather quite the opposite for us, citizens. Every day, we communicate by combining offline and online networks. That is also how we must conceive of democracy in the 21st century: the proximity and authenticity of offline communities combined with the ease and efficiency of online networks. It gives our representatives a means of keeping in touch with citizens and it gives people a means of voicing their concerns directly and reasonably.

The possibilities then vary from gathering ideas, testing solutions and providing information to full co-legislation. All of these solutions imply using tools of citizen participation. There have been more than 1300 of such participatory initiatives all over Europe, covering more than eight million Europeans. Let us bring these tools of involvement to all Europeans. This can be achieved by reserving even as little as one percent of the European budget to support such initiatives and to set up a European deliberation platform. Combining digital communication and physical deliberation is essential to this effort.

An example of such an initiative is participatory budgeting, letting citizens discuss and debate their local or regional government budget, to set it together with the authorities. This solution has been implemented across the world from cities like Paris and Toronto, to small communes like Wortegem-Petegem here in Belgium. Another example would be setting up citizens’ assemblies which citizens are involved in the process of law-making, such as the recently set up experiment in the German-speaking Community of Belgium. It also implies exploring e-voting, enabling people with reduced mobility to vote, and re-thinking voting for  expatriates. Embracing the full extents of digital communication also leads to opening up public administration. App and direct digital communication platforms have the potential to greatly improve government’s transparency and accountability to citizens. Bringing our democracy into the Information Age also means empowering our citizens to fully use and understand these tools, both the advantages and its pitfalls, by including digital and media literacy in our school curriculums.

Despite some of the threats and perils digital communication has brought, we can no longer live without it, nor do we seem to want to. It has become part of our social DNA and has changed the way we view the world: as a place in which we can reach everyone within seconds, and spread our message as we please. Let us now use this new DNA to have people work together across communities and across borders, and bring about positive political change. That certainly seems as something to strive for.

Read our programme for the European Parliament here: www.votevolt.be 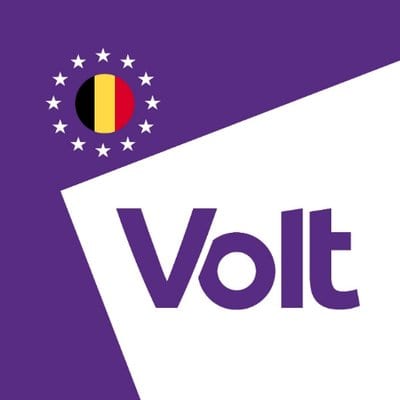 There are currently no comments.

10 Easy ways to be a more engaged citizen

If you clicked the title of this article, you’re probably looking for a way to leave a mark on your local community. But...

Citizen initiatives are gaining popularity, citizen assemblies are proposed as a solution to defrost polarised debate, and...

How to support local citizen initiatives

From London to Hong Kong, people around the world are demanding that their voices be heard by their government. Citizen...