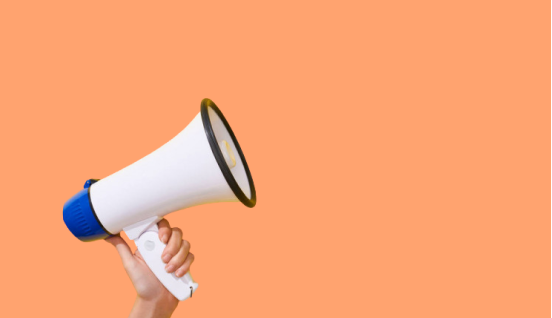 The past year has changed the way we work, we travel, we communicate, and even the way we vote. Amidst all of these changes, one thing has become clear: in a time of crisis, community engagement is not a nice to have but a necessity.

CitizenLab was created 5 years ago because we believe that connecting citizens with their local governments and giving them a voice in the decision-making process makes for better, stronger, fairer democracies. However, for a long time, citizen engagement was a nice to have – something cities considered when they had a budget left over, that generated good press coverage, but that was in no way central to their decision-making process.

In 2020, the situation changed. To name but a few, we’ve seen a pandemic, unprecedented social movements for social justice, and a global citizen response to climate change. At times of global challenges and increasing political divide, governments and civil society alike have been striving for greater citizen engagement and innovative deliberative processes.

Governments cannot do it alone.

From climate change to the global pandemic, governments are facing increasingly complex issues that they cannot solve alone. As Lex Paulson mentioned during the recent Civic Hall Brussels event, global challenges are forcing governments to be leaner, more open, and more collaborative. Citizen involvement in policy-making has grown exponentially in recent years: the OECD even speaks of a “deliberative wave” to describe the growth of innovative, deliberative processes. In 2020, citizen panels and co-creation initiatives stemmed all over the world, from crowd-sourcing lawmaking in Estonia to national referendums about the constitution in Chile.

Following the success of the Irish citizens’ assemblies in 2016, citizen assemblies have taken hold in many countries of the world. They are seen as a way to create consensus, unlock sensitive political issues and help innovative, legitimate solutions to emerge. In 2020, they’ve been used on a number of topics ranging from climate change to hate crimes. The solutions they bring forward are more likely to be trusted and accepted by the general population. Examples have shown that they work both on a national level, and on a hyper local level. Policies that are co-created by the community also tend to get higher levels of support and commitment: recent research has even shown that cities that have implemented participatory mechanisms even tend to see higher tax revenues.

Governments who refuse to collaborate are not only perceived as outmoded and untrustworthy – they also risk failing to address the needs of their citizens. In her book Democratic Reason: Politics, Collective Intelligence, and the Rule of the Many, Hélène Landemore makes the case that collective intelligence allows for better decision-making and strengthens our democracies. Going a step further, Lex Paulson suggests that the lack of collective intelligence might also cause authoritarian regimes to fail: authoritarian figures who refuse to collaborate with citizens and external forces on complex, global issues like climate or terrorism are doomed to fail.

In the past, community engagement has been hindered by technical capabilities. Yes, online participation platforms are fantastic tools to reach a large number of participants – but the engagement they enable can be shallow. Votes, clicks and likes aren’t enough to create consensus or move democracy forward. Offline meetings and town halls, on the other hand, have long been a staple of our democracies. Local governments have used them to consult residents and carry out deliberations on topics ranging from budgets to urban planning. These in-depth discussions are key to building trust consensus.

The pandemic has blown apart this distinction, and has forced all conversations online. Civic Tech tools have had to adapt: over the spring of 2020, CitizenLab developed online workshops to help local governments maintain democratic continuity. The feature enables online discussions in both small and large groups, and that combines in-depth deliberation with immediate actions with surveys and votes. Democratic dialogue can therefore  be maintained regardless of the sanitary conditions; it’s also now easier for governments to reach some audiences such as minorities or active young citizens, who are traditionally less inclined to take part in physical meetings.

Another important evolution is that online tools are making it increasingly easy for local government officials to process large amounts of contributions and data. Whilst online contributions processes might in the past have felt like a lot of added work, the automations in place now make it easy to smoothly integrate with existing workflows. Civic Tech providers are also working to progressively combine data sources. In the near future, local leaders will be able to centralise insights coming from social media, surveys or consultations in one place. This move also benefits the citizens: the platforms will be used to centralise information sources and present open data sources, latest city news, information about the local legislation as well as press releases.

Finally, government processes are slowly changing to make it easier for citizen engagement projects to launch. The EU recently reviewed its citizen initiative framework, making it easier for citizens to suggest initiatives, gather signatures and bring their ideas to Parliament. The European Green New Deal and the Belgian Parliamentary reform, both under way, are planning to give a central role to citizens in identifying priorities and drafting the future processes. In the US, there are also signs that states are moving towards more direct democracy. In 2020, a growing number of states are in favor of adapting the Electoral College and moving to a more direct form of elections.

Citizens want to get involved.

Of course, one of the main driving forces behind the rise of citizen engagement is… citizens. Faced with global challenges like climate change and social justice, many are choosing to act by launching bottom-up participation initiatives. From the WirVsVirus hackathon to the BlackLivesMatter protests or the Climate Countdown, citizens have come together to demand change, find innovative solutions and reform their democracies.

Despite the global pandemic, a record number of US citizens voted in the November elections. The direct ballot measures that were voted on alongside the presidential election touched on topics ranging from the electoral college to gun control and voting age. The higher voter engagement levels is a strong signal that citizens want to have a direct say on policies, and could boost engagement at the local level.

It’s been a privilege working alongside local governments this past year and helping them build resilience through community engagement. 2020 has been a year of incredible challenges, but it has also shown how powerful citizen participation can be when it tackles climate change or social justice. We can’t wait to see what comes next.

If you’re looking to launch a digital engagement project in your community, don’t hesitate to get in touch!