Even in the digital era we’re currently in, using online government services can sometimes feel like stepping into a time machine. However, governments across Europe are waking up to the need to bring their technology into the 21st century. They are starting to acknowledge the many benefits of using third-party cloud software solutions that can facilitate the delivery of public services. Let’s explore together why govtech can be the next big frontier for disruption in Europe.

Time for a revolution

Only 40 percent of European citizens now access online government services and most nations struggle to offer compelling digital services. An EU report of 2014 shows that usability of online public services is improving, but not fast. Governments still seem to be focusing on making services available online rather than emphasizing the convenience for citizens. Combine that with the fact that citizens are increasingly demanding transparency, it’s clear that the momentum for a govtech revolution is there.

“Capturing the full potential of government digitization could free up to $1 trillion annually in economic value worldwide.”

The conclusion of the McKinsey analysis above describes a big govtech opportunity thanks to improved cost and operational performance. The European Union is increasingly inviting third parties to help them tackle this e-government challenge via several funding programs. In 2015 they funded, for example, startups for developing mobile apps that can facilitate the delivery of public services. Governments are starting to embrace involvement of external private-sector companies with knowledge of the latest technologies in its digitization plans.

The market opportunity and EU support are attracting entrepreneurs and investors to the sector. Three other reasons below show why startups now find themselves able to offer services to the government.

Why you should enter govtech

Many millennials are starting to create startups as a way to do good for society. They want to build something that matters and choosing to go into govtech can be a path to achieve this. With a govtech startup, the opportunity is there to transform governments and create impact for an incredible number of people. Are your ready to take on that challenge? 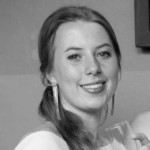 5 tips from citizens for your participation project

“Humanise the technologist, technologise the humanist.” – an interview with Adriana Groh