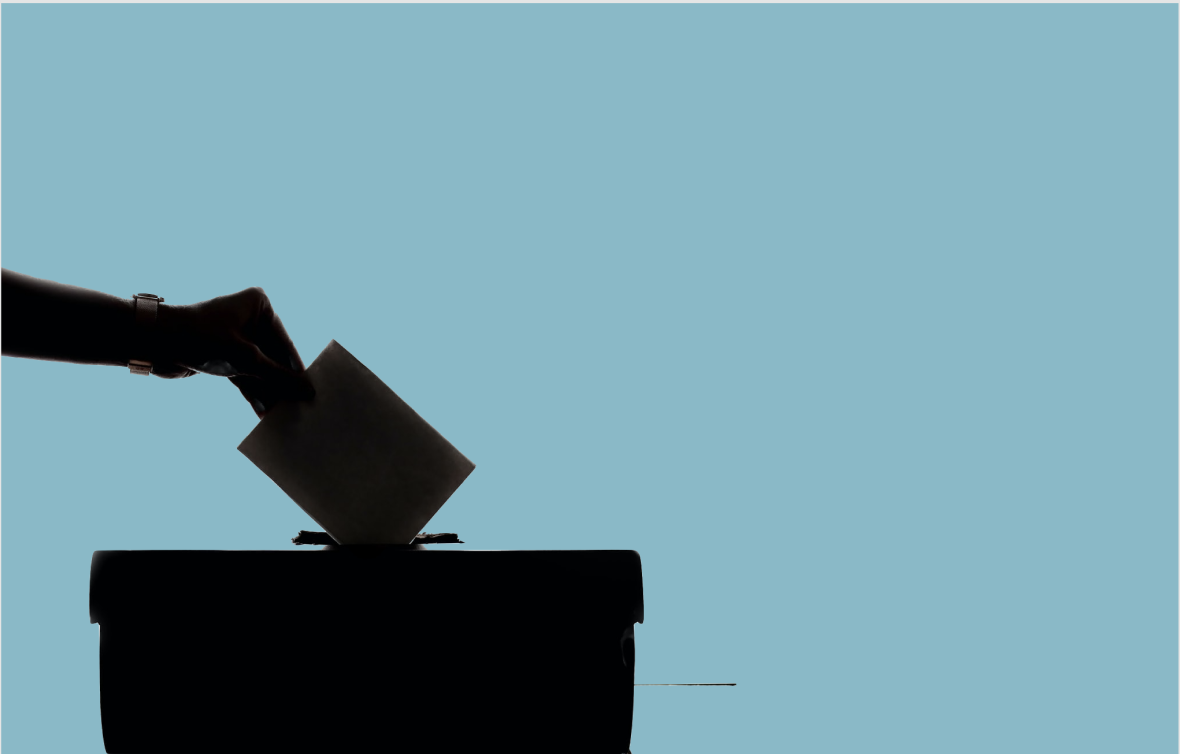 Every United States’ election cycle brings back the same question: will the youth vote? In recent American history, only two elections succeeded in obtaining a youth (18-29 years old) turnout higher than 50%: Bill Clinton vs George H. W. Bush in 1992 and Barack Obama vs John McCain in 2008.

Reasons vary as to why youth participation remains low in every election. According to a New York Times article citing the research of political scientists Charles Merriam and Harold Gosnell, three broad themes in political science research help explain the gap for young voters:

Other important reasons appear to be the lack of understanding regarding the information they come across. The fascinating MTV/PRRI Diversity, Division, Discrimination: The State of Young America Report indicates that “half (48%) of young people say that not knowing enough about the issues is a reason they do not get involved”.

Lessons From Past Elections

Given the importance of the youth in the electorate, candidates have attempted to obtain and mobilize these votes. The most successful at doing so was Barack Obama with his 2008 campaign, which received  66% of the 18-29 vote. This makes Obama the most popular president among 18-29-year-olds in modern American history, as seen in the table below.

While the 2008 campaign might give us some insights as to how to mobilize youth, the recent disruption brought by social media has completely transformed how young people access information and engage in politics. Recent successful campaigns to analyze include Bernie Sanders’ 2016 and 2020 Democratic Primary campaign with his famous slogan #FeeltheBern or the 2018 Democratic midterm election, which saw a rise in youth turnout from 13% in 2014 to 28% in 2018. The 2018 election especially can give us critical insights as to how social media can influence youth participation. These are the Center for Information & Research on Civic Learning and Engagement’s (CIRCLE) 5 takeaways from social media use in the 2018 midterm election:

Gen Z has often been criticized for its lack of political involvement and has been associated with slacktivism, the practice of supporting a political or social cause by means such as social media or online petitions, characterized as involving very little effort or commitment. Yet these past years have proven critics wrong, as the youth have been extremely vocal, both online and offline.

In March 2018, following the horrendous Stoneman Douglas High School shooting in Parkland, Florida, students organized protests across the country to call for legislative reforms on gun ownership. Newsweek estimated that more than 2 million people took part in those demonstrations, with protests occurring in more than 90% of the country’s districts.

A year later, young people across the world took part in global school strikes for the climate. According to The Guardian, more than 6 million young people joined in the protests worldwide, including 1 million in the United States. As Boulianne, Lalancette, and Ilkiw highlight in their research paper, social media had a crucial impact on these strikes as it « presented an opportunity to voice one’s concerns about climate change and the need for action, as well as document the discontent among citizens by posting pictures of the protest event. »

A similar impact of social media can be observed in the Black Lives Matter movement, which recently led to a surge of demonstrations across the United States and the world. As this Forbes article states, social media has been key in the BLM movement as “students propagate resources and information for others to become educated about the pressing need to strive for racial justice. Students share links to petitions, offer advice for safe protesting practices, create templates for emailing authorities, list bail funds and black-owned restaurants and businesses in need of support, and share videos documenting instances of police brutality at protests.”

In the past, youth activism was rarely converted into votes. Yet, the recent increase in the youth’s political involvement might suggest that 2020 will be different.

Numerous initiatives have emerged to respond precisely to low youth turnouts, such as RockTheVote and NextGen. RockTheVote was created in 1990 with the sole purpose of increasing 18-24 turnout. It was the first organization of its kind. While it started with concerts and radio and tv ads with celebrities, RockTheVote now operates mainly on social media. Past guests include Michael Jackson, Madonna, Leonardo DiCaprio, Kendall Jenner, and many more. By making voting “cool” and providing information to young voters, RockTheVote has had a significant impact on youth turnout in the past elections. In 2008, for instance, it achieved “the largest non-partisan youth voter registration drive in the nation’s history” by registering 2.6 million young voters.

NextGen saw the light in 2013 as a progressive advocacy non-profit aiming at registering young voters and encouraging them to vote. Since its creation, the organization has registered more than 1.3 million young voters. In 2020 alone, NextGen sent 17 592 282 texts and made 4 400 465 calls to young voters.

Yet, their efforts have been considerably affected by the Covid-19 pandemic. As their executive director Ben Wessel confided to The Atlantic, the organization wished to register 300 000 young people in 2020, half of them through face-to-face conversations, and “that is just not going to be the case anymore”. The group attempted to diversify its approach by rethinking its digital, phone, and mail strategy to compensate for the usual in-person contacts. NextGen volunteers thus organized virtual gatherings on online platforms such as Minecraft or Animal Crossing as a new way to interact with young people.

Similar initiatives have emerged among politicians. Congresswoman Alexandra Ocasio-Cortez recently played the video game “Among Us” while live-streaming on the platform Twitch. She reached an audience of 439 000 real-time viewers and approximately 5.2 million people viewers in aggregate, allowing her to discuss issues from healthcare to how to register to vote in a very informal manner.

Alexis Anderson-Reed from State Voices, which connects advocacy and activist organizations, states that “we are trying to look at this as having the largest impact we can this year and as an opportunity to strengthen our digital online organizing for the future. I think this is like a huge wake-up call”.

Associations like March For Our Lives, which organized the 2018 eponymous demonstrations, have also created platforms designed for the 2020 election. As a response to the pandemic, they’ve created digital spaces to allow young people to discuss the upcoming local, state, and national elections, as well as tools to help them to register to vote. They’ve also launched The Poll Hero Project, which motivates young people to sign up to work in polling places facing shortage risks and to relieve older poll workers who could be more vulnerable to Covid-19. To this date, the project has recruited more than 30 000 young Americans to train as poll workers.

Thus echoing the results of Boulianne and Theocharis’ 2020 meta-analysis, which demonstrates that online activities are correlated with offline activities such as participation in protests and elections.

Social media platforms have also made unprecedented efforts to increase youth turnout in this election. Facebook recently launched “the largest voting effort in US history” intending to help  4 million people to register to vote. A few days ago, Facebook announced it had registered a record 4.4 million people and expects 160 million more to have seen information about how to vote thanks to its presence on their news feed. Similarly, Snapchat’s efforts to encourage voter registration have helped one million users register to vote. Among those, more than half are first-term voters, and more than 80% are younger than 30.

Such efforts could have enormous consequences. First, their reach is unprecedented, as two-thirds of Gen Z adults use Instagram daily. Second, such information is what young voters need, as Duke University researcher Sunshine Hillygus states “rather than the RockTheVote, we might be better off by using calendar reminders”.

Some observers have argued that these efforts are a way to compensate for social media’s (and in particular Facebook’s) many failures during the 2016 US election. Indeed, in the run-off to the election, 50 million Facebook users saw their data illegally collected by Cambridge Analytica to be used for political advertising purposes. Facebook also admitted that 126 million people had seen posts from Russian hackers on topics related to the US presidential election.

Researcher Rishab Nithyanand found that Redditors active in fringe groups (defined as a group focused on racism, sexism, violence, and conspiracy theories) increased their posts on subreddits affiliated with the Democratic party by 200 percent, and on subreddits affiliated with the Republican party by 6 600 percent, during December 2015 and Election Day on Nov. 8, 2016. This reveals the potential for the widespread circulation of fake news on such social media. Such disinformation particularly affects young people, as research showed that in 2016, 58 percent of Reddit users were between the ages of 18 and 29.

The 2020 election is like no other in American history. More than 300 000 Americans have died of the Coronavirus, millions have lost their jobs, and the country appears to be facing a third wave. The pandemic has led to changes in the voting methods, with some states sending a mail-in-ballot to all citizens registered to vote. At the time of writing this article, nearly 60 million Americans have already cast their vote in the 2020 election, which represents half the total number of votes cast in 2016, with less than a week left until the election.

In August this year, Millennials and Gen Z made up for the first time the majority of the United States’ population. While most are not old enough to be eligible to vote, their share of the electorate is rising, with Gen Z now representing 10% of the electorate and Millennials 27%, or 25 and 69 million Americans respectively. Thus, if 2020 is the year where youth turnout finally takes off, these new generations, considerably more racially diverse and politically engaged than previous ones, could significantly transform American politics.