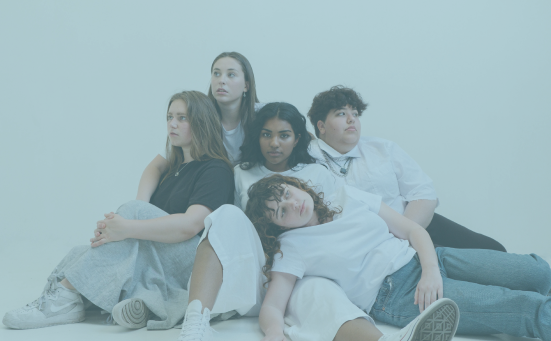 “Young people are the future.” When it comes to engaging and involving our youth, this quote is often mindlessly tossed about and hailed as a key motivator. Of course, empowering our youngest will serve us well for years to come, but young people are very much already here and ready to part in the public debate. That’s why we spoke with Emily and Justin, two inspiring young residents who are both actively involved in youth engagement programmes linked to North Ayrshire Council in Scotland.

Emily Nix (18) is a member of the Scottish Youth Parliament for Cunninghame South and the UK Youth Parliament for the West of Scotland. Justin Jones (16) is the Chairperson of the Irvine Youth Forum (a local body of youngsters representing the voice of young people at a local and national level). Both are also members and signatories of the North Ayrshire Youth Executive Committee, a group that regularly meets with the council. Justin and Emily have both actively been taking part in youth work programmes for several years. “The first time I spoke at a cabinet meeting, I was only eleven years old,” says Emily.

Raising awareness on mental health, alleviating poverty in schools, offering information on drugs and addiction, explaining how a participatory budget works… the ongoing youth initiatives in North Ayrshire focus on an extensive range of topics. “These issues are all interconnected,” says Justin. “There’s no way to treat diversity, poverty, and mental health as separate entities because they influence each other, and we can’t tackle one without the other.”

Justin and Emily aren’t just amplifying young voices in the local bodies and structures that allow it. They are actively involved in grass-root projects to improve the lives of young Scots in the area. It’s safe to say that many councils could learn from the leading example of the North Ayrshire council and its young residents, who get their hands dirty every day for the sake of their communities. That’s why we asked Justin and Emily to share a few things councils should know about engaging the youth. After all, “youngsters should be the first people to be consulted in matters that affect them, no matter how immature or uneducated they are.”

1. Engaging the youth means breaking a harmful tradition of exclusion

“Children must be seen, not heard.” Until not so long ago, this (outdated, terrible) phrase summarised the world’s general perspective on young people’s voices. Youth engagement is mostly a recent phenomenon, which councils are only now starting to embrace as a central part of their daily activities. Historically, young people have rarely—if ever—been consulted on the matters that affect them. And this, of course, has a significant impact on how they feel about participation to this day. “If you know you won’t be heard, what’s the point of forming opinions?”, wonders Emily. “Young people might not be seeking information about topics close to their hearts, simply because they feel their opinions won’t matter, anyway.”

It’s often said that young people are generally harder to reach and engage in community engagement projects. This is often falsely attributed to a lack of interest or motivation. It’s essential to realise that young people’s non-participation is not an intrinsic characteristic, but something they’ve been taught. Even today, young people are still, sometimes unconsciously, discouraged to raise their voice. Because even though the times are gradually changing, youth engagement is still not where it’s supposed to be. “Even now, young people are often not taken seriously by those in decision-making roles. Too often, youth engagement is still tokenistic—they are engaging us for performative reasons, but not actually taking our voices into account. And that’s just not right —we are constituents of the council, and they have the duty to listen to us,” says Emily.

Fortunately, if non-participation is not a problem inherent to young people, we can do something about it. By actively engaging and genuinely involving them in the matters that affect their lives, councils are ending a harmful tradition of exclusion and strengthening the democratic fabric of their communities.

2. Don’t wait for young people to participate—bring participation to them

For the above-mentioned reason, councils shouldn’t passively be waiting for young people to get involved. With the Joint Cabinet, the North Ayrshire Council, local members of the Scottish Youth Parliament, and the North Ayrshire Youth Executive Committee take matters into their own hands by visiting schools and organising conversation classes. Determined to let youngsters share ideas at their own pace, they lined the desks with paper tablecloth and asked them to jot down their ideas.

This kind of initiative doesn’t only effectively enable youngsters to open up, it also shows a real effort and investment on the council’s part. Meeting young people in their own environments and listening to what they have to say shows them your intentions are genuine.

Obviously, due to the COVID-19 pandemic, it’s temporarily rather complicated to physically take your projects into schools or youth groups. But don’t let social distancing deter you from trying. In North Ayrshire’s first-ever digital Joint Cabinet, over 110 students took part in various discussions about the way the virus affects their “community, digital connectivity, employability, and wellbeing”.

Youngsters should be the first people to be consulted in matters that affect them, no matter how immature or uneducated they are.

3. Make participation as informal as possible

According to Justin and Emily, getting involved should also be fun. The tablecloth anecdote in the previous section is a good example of an initiative that is effective yet informal. It’s really all about making participation as accessible as possible. “One of the best things about youth work is that it continuously inspires people to join us. We care a lot about the different causes and learn a lot while campaigning, but some youngsters just get involved to have fun and make friends. And that’s completely valid. We need to protect that informality, otherwise, we might scare people off. We are young, after all — we take youth work seriously, but that doesn’t mean we have to be serious all the time,” says Emily.

If you’re a council looking to engage local youth, this is an important thing to keep in mind. A copy-paste of previous participation projects or a one-size-fits-all approach simply won’t suffice when targeting multiple or younger age groups. And instead of expecting youngsters to adjust to projects that weren’t designed for them, think about what you as a council can do to tailor projects to their wants and needs. This might even help you inject a dose of fun into your general community engagement projects and lower the participation threshold for a more diverse range of adults as well.

You’ve got to realise you’ll never stop building these relationships. You must instil that confidence in each individual young person who comes along.

4. Young people will give it to you straight

Any age group or demographic can bring relevant insights to a community engagement project. After all, every group has particular experiences that shape their visions and opinions. Justin and Emily believe that young people’s position at the boundary between child and adult gives them a unique perspective. “As young people, we’re bound to be in between. We’re considered responsible enough for some things, too immature for others. It’s a bizarre limbo, but it helps us see things in a different light,” says Emily.

Because of their age, young people tend to be less enmeshed with the existing state-of-affairs. According to Justin, this makes them less likely to sugar coat their input. “Young people will tell it like it is,” says Justin. “It’s not about hurting feelings; it’s about seeing what’s wrong and putting it into words, and hopefully, into action.”

In short, engaging young people and gathering their opinions and ideas automatically injects your project with refreshing, relevant insights. And that, in turn, makes for policy-making that is not only more legitimate and supported but also simply more interesting and innovative.

5. Know this is a never-ending commitment

Much like Rome, successful youth engagement isn’t built in a day. Or even two. “These things take time,” says Justin. “Empowering young people doesn’t just happen overnight. Do as much as you can, slowly but surely, but know you probably won’t be overwhelmed with responses the very first time you try something.” Engaging youth is a continuous effort that should lead to meaningful change. At its core, it’s all about building trust: you can’t expect young people to pour their hearts out if they’ve been told for decades their opinions don’t matter. How do you do build this trust? According to Justin, it’s quite simple: “make pledges, then deliver.”

Moreover, it’s important to know that building this trust will be a long-term commitment. It’s impossible to ever truly be ‘done’. “You’ve got to realise you’ll never stop building these relationships. You must instil that confidence in each individual young person who comes along,” says Emily.

A gold mine of untapped potential

So, there you have it. Engaging local youth demands significant investment and a long-term commitment, but it’s also fun, rewarding, and, to put it bluntly, a democratic non-negotiable. Young people are a gold mine of untapped potential to propel your community forward. Across Britain, thousands of youngsters like Justin and Emily have the drive to get their hands dirty for the betterment of their communities.

As for Justin and Emily, they’ll keep doing what they’re doing. Justin aims to continue being a voice for young people who are too shy to raise their own. Emily pledges to keep learning, because when it comes to youth activism, there’s always something new on the horizon.

Are you ready to launch your own youth engagement project? Get in touch today.