Our cities. They are the nexuses of our world. As buzzing and vibrant melting pots of culture, history, art, commerce, and progress, they represent some of humanity’s finest and brightest triumphs. Wherever people from all walks of life come together, the air is thick with raw potential.

And yet, as our cities grow denser and more complex, they also become more and more fragile. Congestion, pollution, and outdated infrastructures diminish their appeal and viability as places to live, work, and play. According to this National Geographic piece, “the world’s cities will add 65 million inhabitants a year between now and 2025. The resulting demand for infrastructure will mean that each year, India alone will need to add as much floor space as exists in all of Chicago, and China more than twice that.”

The good news is that it doesn’t have to be this way. Despite being inherently complex, cities have always been adaptable organisms. In fact, they are designed to change. From the earliest settlements that arose from agricultural communities to the bustling metropolises of today, cities have evolved into more efficient, livable, and accessible places through the game of evolution. The key is to use this remarkable ability to adapt as a springboard for creating a new urban model.

So, let’s take a moment to look ahead. What will the cities of the future look like? What will change, and what will remain? And how do we make sure we don’t leave anyone behind on the way there?

The future is green

Rather than investing in concrete jungles made up of wide roads and parking lots, green spaces will be abundant and well-maintained, offering city-dwellers cool, healthy places to relax and gather. Swapping asphalt for lush parks and gardens will not only make our cities more beautiful and inviting places to live, it will help decrease the urban heat island effect, reduce air pollution, and fill up water reserves. These greener cities will also increasingly harness energy from the sun and wind for power.

Chris Castro, director of sustainability and resilience for the city of Orlando, Florida, is already working on implementing the sustainable and city-specific innovation that will transform our cities for the better. Orlando has started experimenting with floating solar, or “floatovoltaics.” As he explains in this Grist article: “I often joke that Orlando is kind of like an Atlantis in reverse—there’s so much water around us that it kind of seems a bit odd. We manage our rainwater in Florida by building stormwater-retention ponds. They don’t provide a lot of value other than holding stormwater, so we’ve started to partner with our utility to create solar arrays that float. We now have over a megawatt and a half of floating solar.”

The car’s reign is over

The cities of the future will be more car-free, or at least car-lite. According to New Cities, “the transport sector is the biggest source of greenhouse gas emissions, and individual cars are largely responsible for that.” To combat air pollution and congestion, we’ll have to embrace a new model of urban mobility that tackles the current problems of public transportation, such as inaccessibility in rural or suburban areas, complex and outdated (infra)structures, and a general lack of user-friendliness. By creating innovative solutions to mobility issues, cities will also have an opportunity to create more community around public spaces, better connecting residents and localizing the services that are most needed.

This isn’t just some far-fetched prediction—the shift is already happening. Around the world, carpooling and car-sharing solutions are gaining traction, reducing the need for private vehicle ownership. Shared bikes and scooters allow urbanites to zip around cities in a quick, affordable, and environmentally friendly way. Cities of various sizes are even phasing out cars altogether by making (parts of) their city centers car-free.

Edinburgh, for example, has announced its city center will become completely car-free by 2030. The Scottish capital will instead focus on pedestrianization and the elaboration of its tram network. “The City Mobility Plan offers a radical, ten-year plan to transform transport in the capital, achieving the kind of change we need by expanding use of bus, tram, rail, walking and cycling to provide the best quality of life for everyone,” Council Leader Adam McVey states. These car-free cities are bound to become active, vibrant, people-driven places that are pedestrian-friendly and more accessible to all.

One of the best things about living in a city is that the world is quite literally at your fingertips. In need of a pharmacy? Eager to take a trip to the theater? Or just craving a morning cappuccino? In cities, everything’s within reach. Or is it?

According to Dan Luscher, the San Francisco-based originator of the 15-Minute City Project, everyone should be able to access the places they need to go within a 15-minute walk or bike ride. It’s the idea of a decentralized city ruled by its neighborhoods and rooted in human-centered design, which means it “starts by looking at where an individual lives and where they need to get to, and figures out how to retool our neighborhoods and cities to get the kind of “hyper proximity” and ease of access that makes urban living great.”

In line with this theory, the cities of tomorrow will likely center around focal points of activity and community, becoming easier to navigate in the process. While this phenomenon is still relatively new in the US (Portland, Oregon being a noteworthy exception), it has already become the foundation of new urban plans for many cities worldwide, including the city of light: Paris, France.

The city of Paris underwent a striking transformation during the pandemic. Over the past year, more trees, bike lanes, and revamped city squares continued to pop up — the city is embracing a new urban model that puts people first. As Carlos Moreno, scientific director and innovation professor at the University of Paris tells Bloomberg Businessweek, “the 15-minute city calls for a return to a more local and somewhat slower way of life, where commuting time is instead invested in richer relationships with what’s nearby.”

Of course, we can pick up on trends, analyze shifts, and make predictions about the cities of tomorrow. But at the end of the day, we have to ask ourselves a basic question: who gets to decide what our cities will look like?

In order to make real progress, we must engage our communities in co-creating the future. After all, when it comes to the city they call home, urbanites are experts by way of their lived experiences. No one knows the city’s strengths, pitfalls, and priorities better than the people living there. And only with the buy-in of the community can we collectively make the lasting changes necessary for sustainable, accessible, and pleasant urban life.

Local governments across the world are starting to involve the public in the planning and (re)development of their cities. Lancaster, PA is engaging its residents to make neighborhood streets safer and more community-friendly. In the London borough of Newham, local residents and business owners weighed in on urban planning decisions across the neighborhood. In The Netherlands, involving residents in the (re)design of their local environments was recently even embedded in the law. There’s no way around it: the cities of tomorrow will, above all, be co-created by the people who live there. 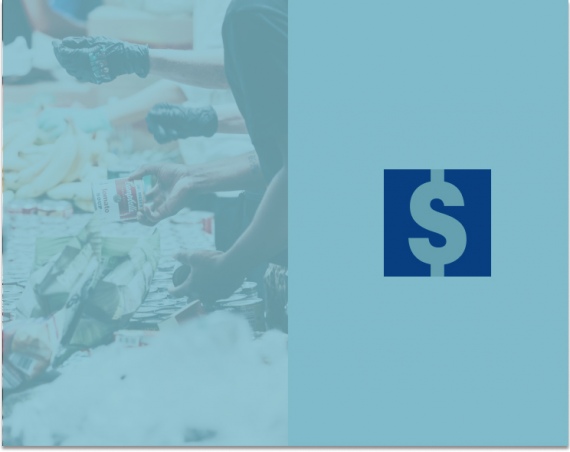