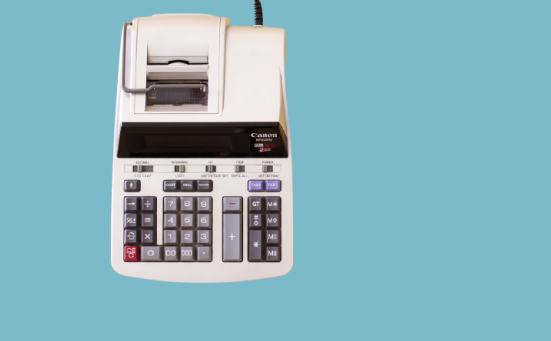 Peñalolén (241,599 inhabitants), a Chilean commune in the province of Santiago, launched a participatory budget to give citizens a say in their neighborhoods’ urban planning projects.

In each neighbourhood, citizens could voice their opinions and vote on what they think deserves the municipality’s investment. Over 24,450 inhabitants participated in this project via the online platform.

In 2019, Peñalolén organised a participatory budget under the slogan ¡En mi Barrio, Yo decido! (In my neighbourhood, I decide!). The municipality asked its citizens to identify the needs of the community by allowing them to propose, prioritize and choose the initiatives that deserve to receive municipal funding. The main focus of this project was to involve the community on ideas to improve infrastructure and public spaces, with a particular emphasis on safety, accessibility and intergenerational integration.

This participatory budget did not fall from the sky. The local government of Peñalolén had established a clear objective for 2020: to become a reference point in Chile for innovation, effective management, and sustainable, clean and safe neighbourhoods. Moreover, Peñalolén already has a lot of experience with participatory budgets. The first participatory budget in 2008 was such a success that the project was repeated in 2012 and 2015 to promote dialogue within the community, validate initiatives to improve public spaces and improve the quality of life in the commune.

Peñalolén freed a total budget of 500,000,000 Chilean pesos (equal to approximately €545,000) to be distributed by the community. The municipality did lay down some ground rules. The total sum has to fund at least ten initiatives, giving each proposal a maximum available budget of $50,000,000 (equal to approximately €54,500). The budget also has to be distributed equally, with the two most popular ideas in each macro-sector (neighbourhood) receiving the funds. The city council will then approve the total sum and ratify the winning proposals.

Peñalolén also clearly explained what kind of ideas the council was expecting. Each initiative had to improve local public space(s), e.g. squares, parks and sports courts. For a plan to be eligible for investment, it should fall within one of the following categories:

The participation project consisted of different stages. As a first step, the local government worked to raise awareness and inform the community about the participatory budget. They did so, for example, by organizing workshops to explain the participation platform to residents or to promote the collective ideation of initiatives.

The participatory budget launched in August 2019, which gave citizens one month to submit their ideas. For an idea to pass from one phase to the next, it had to meet specific requirements, including a description of the problem, a solution with a precise location in the neighbourhood, and signatures from fellow citizens.

Once ideas passed this initial phase, it was up to the citizens to concretise them by adding a budget estimation and another 100 signatures to show support from the community. In this regard, Peñalolén expected real input and effort from their participants. Eventually, the municipality selected all ideas that were eligible for the final vote on the platform, which was open for three weeks.

The participatory budgeting project lasted from August 2019 to April 2020. During this time, 24,450 citizens registered on the online platform. The project reached an engagement rate of 10,10%, which is especially high, considering that not the entire community has easy internet access. A large portion of the online registrations occurred later in the project. When the voting opened in March, the number of registrations on the platform multiplied by six-fold.

In the early stages of the project, citizens proposed a total of 169 community-improving ideas. Peñalolén asked its participants to put real effort into their ideas. Each proposal required supporting documents, a clear description of the solution, and support from fellow citizens through signatures. This made the threshold for sharing ideas slightly higher, but it also brought the community together. Out of these 169 initial ideas, Peñalolén found 48 ideas eligible to receive the budget.

In the last phase, over 15,000 citizens voted for the best idea in their neighbourhood. The votes were spread relatively evenly, as initiatives focused on solutions in different areas. Based on the results of this vote, Peñalolén selected ten community projects spread out over the neighbourhoods to receive the municipal funding.

But enough about the numbers! These projects will receive funds to improve the neighbourhoods of Peñalolén:

Thanks to Penalolen’s clear ground rules and engaged citizens, the municipality managed to set the right investment priorities in each macro-sector. Peñalolén has now allocated its funds to the ten selected projects and will realise these proposed improvements in the foreseeable future.

[The last update of this case dates from October 2020]